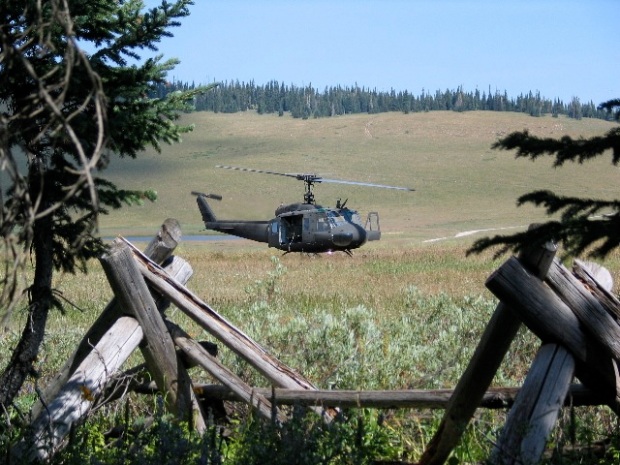 I told you there was a story behind it.

My husband and I spent a lot of time in the Colorado high country when we lived there.

One of our favorite places were the Flat Tops.

We camped up there in the same spot year after year.

My husband named it “Sunny’s Camp”.

On August 14th, 2004 we drove up to our camp for a weekend of camping, hiking, and probably scouting for Blue Grouse.

On the way up the long dirt road we passed by one of the trailers that they sheepherders use for a base camp. The young man came over to our truck and asked us if we had seen a horse on our drive. He said he had the sheep down in the canyon the night before and some bears came through and spooked the horses. He found one, but was still looking for the other one. We let him know we would look for his horse and told him where we were going to set up our camp. We kept on down the road, through the herd of sheep with the Kuvasz keeping watch as we passed.

Once we pulled into our camp we let the dogs out and started to unload the car and all of our gear. After a while I heard our dogs barking. We called them back to camp, but they kept barking and running up a small hill behind our camp. Finally, we tied them up while we continued to set up camp.

A short time later, while we were still settling in and unpacking we heard a loud noise coming up from the canyon below. I ran out from the trees that surrounded our camp into the open park and waved at a large Army helicopter. As I waved it got closer and closer and then landed in the park.

We had low flying planes and helicopters fly over our camp numerous times as the Army did some of their high altitude training for Afganistan from the Eagle Country airport nearby, but never had one land!

One of the men, looking very official, hopped out of the helicopter and came running over to me.

He asked me if the horse up on the hill was ours.

Immediately I knew what the dogs had been barking at and whose horse it was.

I told him no, but that we knew whose horse it was.

He explained to me that he knew the family who ran their sheep up there and they called to see if they would be able to run any of the training missions over the area to look for the lost horses. I told him we would take care of the horse and he said he would give the family a call. 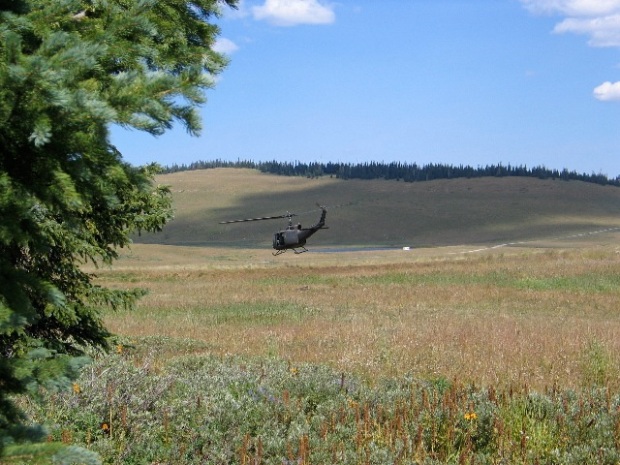 So, Ryan and I walked up the hill to find the horse and get it free. It had gotten loose when the bear spooked it and run out of the canyon and finally tangled it’s lead (or the rope that they tie it up with for the night) in a tree near our camp. Ryan (who was not very fond of horses at the time) and I worked for a while to get it free and once we did, we had no idea what we were going to do with it!

We slowly led it down to our camp and decided to tie it to the old rail fence that ran along the trees on one side of our camp. 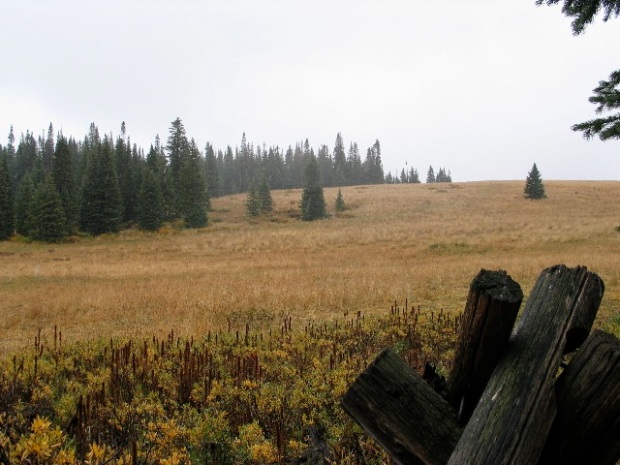 Once we tied the horse up we got in our truck and drove to the sheepherders trailer to leave a note to let him know we had his horse and where he could find us.

After about an hour (or maybe 2) we heard a pickup drive up the road towards our camp. It was the sheepherder coming to get his horse. We told him the story and he tied it up to the back of his truck and slowly drove down the road back to his base camp…he had to get back to work.

And, we had to get back to relaxing.

It’s hard to remember all the little details…in fact, I couldn’t remember if we saw the horse and then the helicopter, or vice versa…I still might have gotten it wrong.

At any rate, it was an exciting little adventure.

That helicopter landing right next to our camp after I was waving to it from the park sure got my heart pounding.

home is…reliving adventures from the past.