Sometime in February or March the kids and I drove up to Tacoma to pick up some maps. 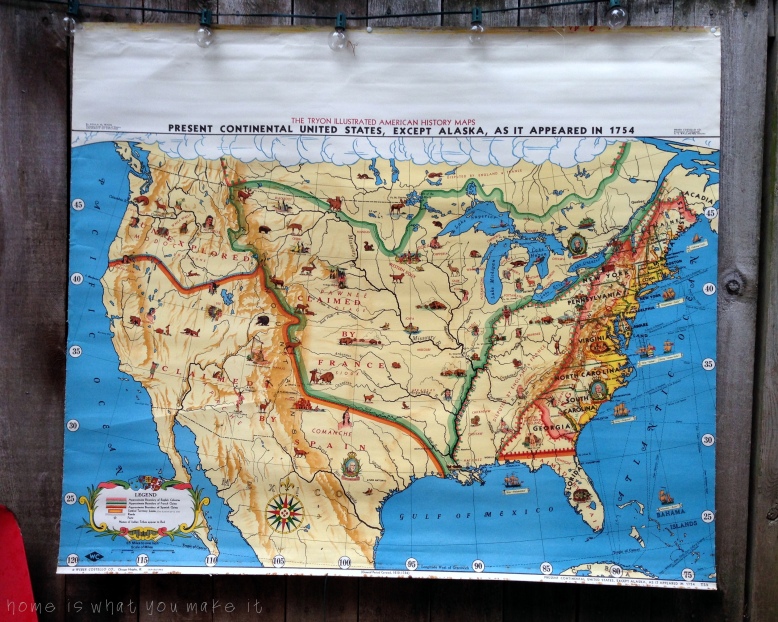 I won a bid on Goodwill.com, but it was for local pick up only. 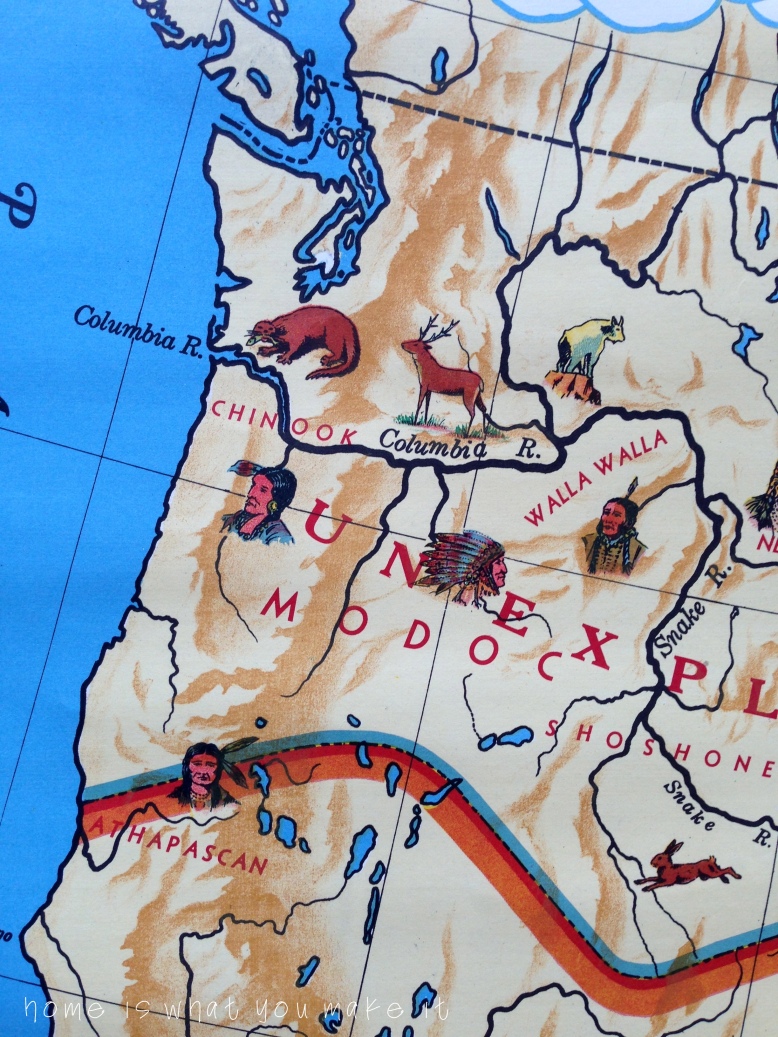 So we drove almost 3 hours one way to get them. 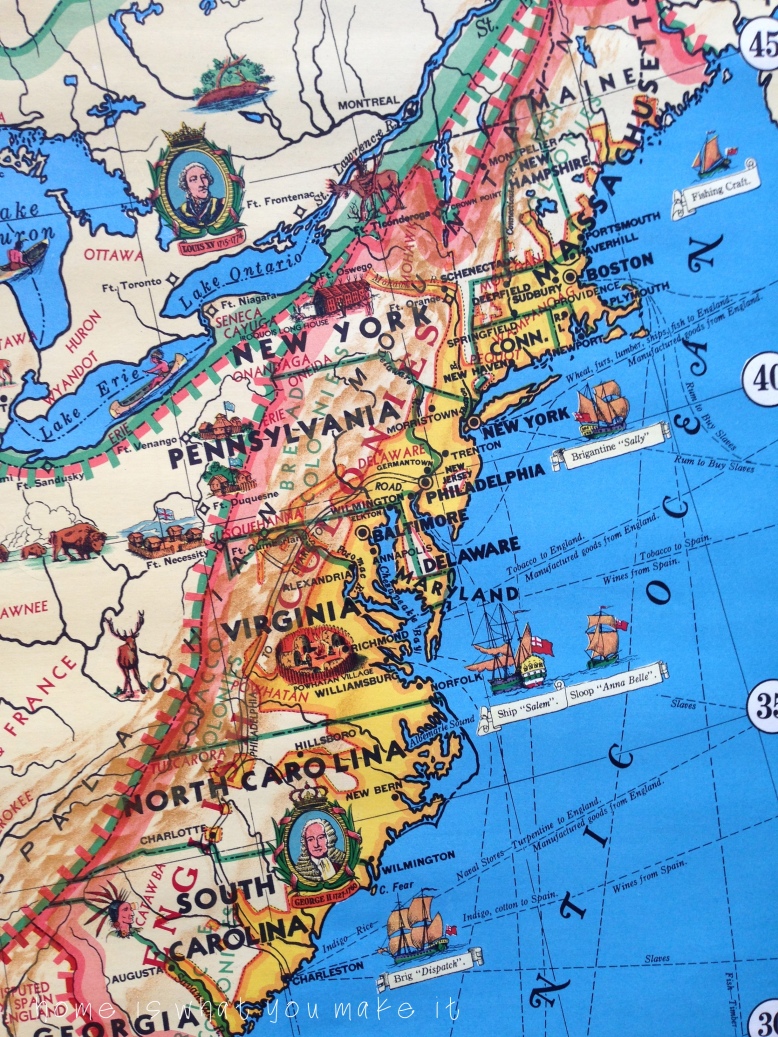 I am so glad we did. 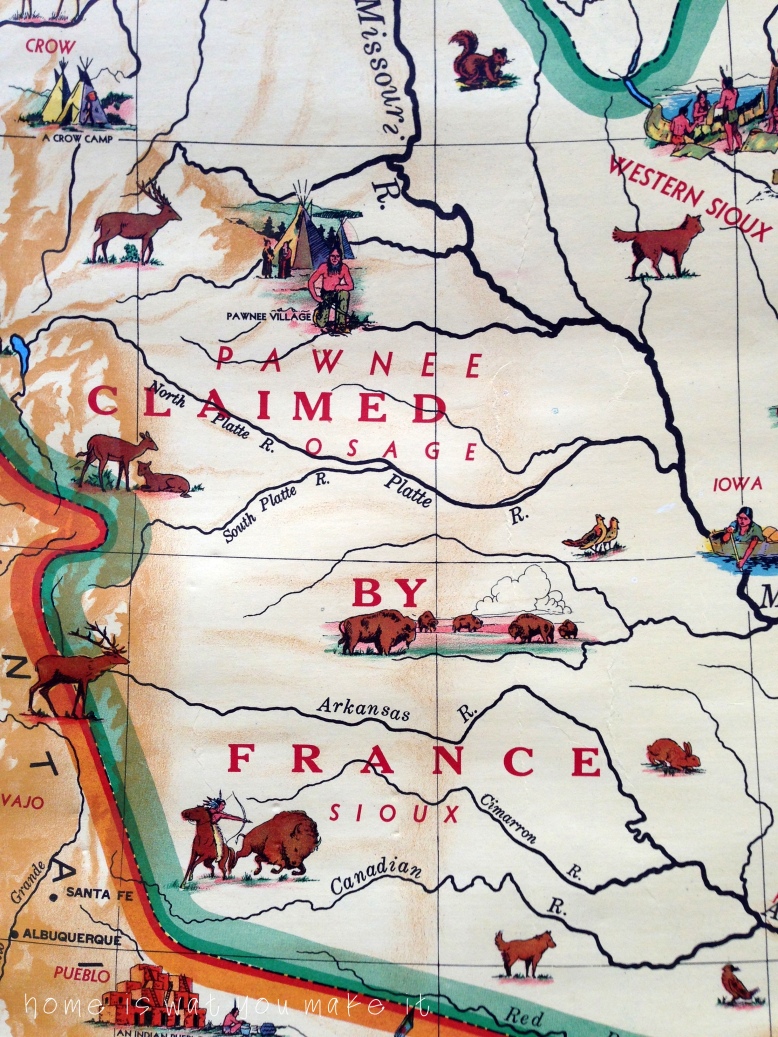 One was a nine map classroom set. 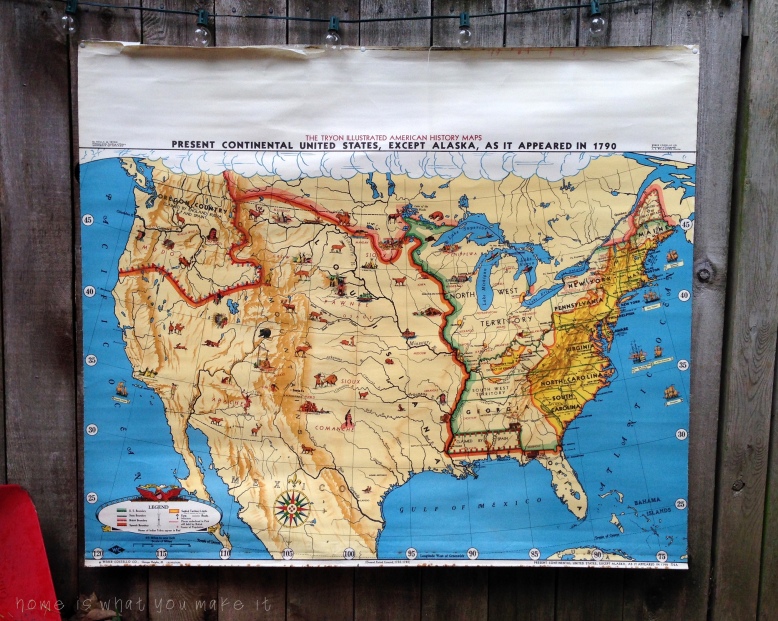 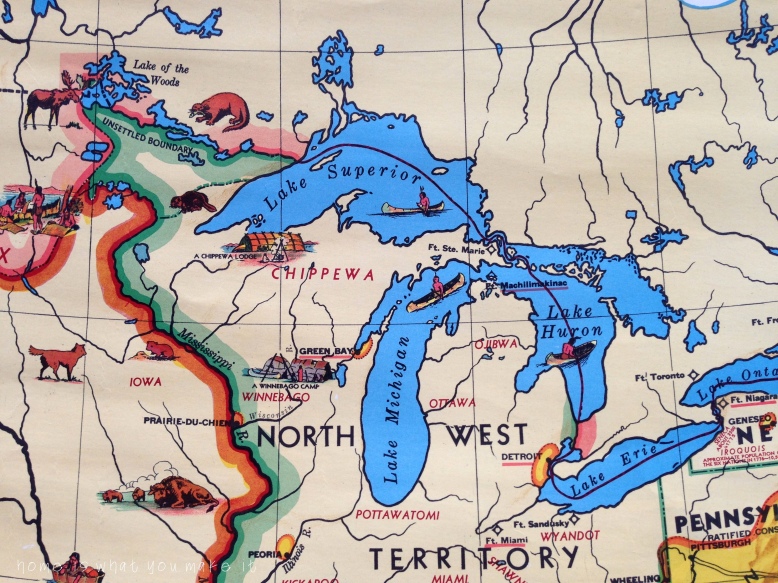 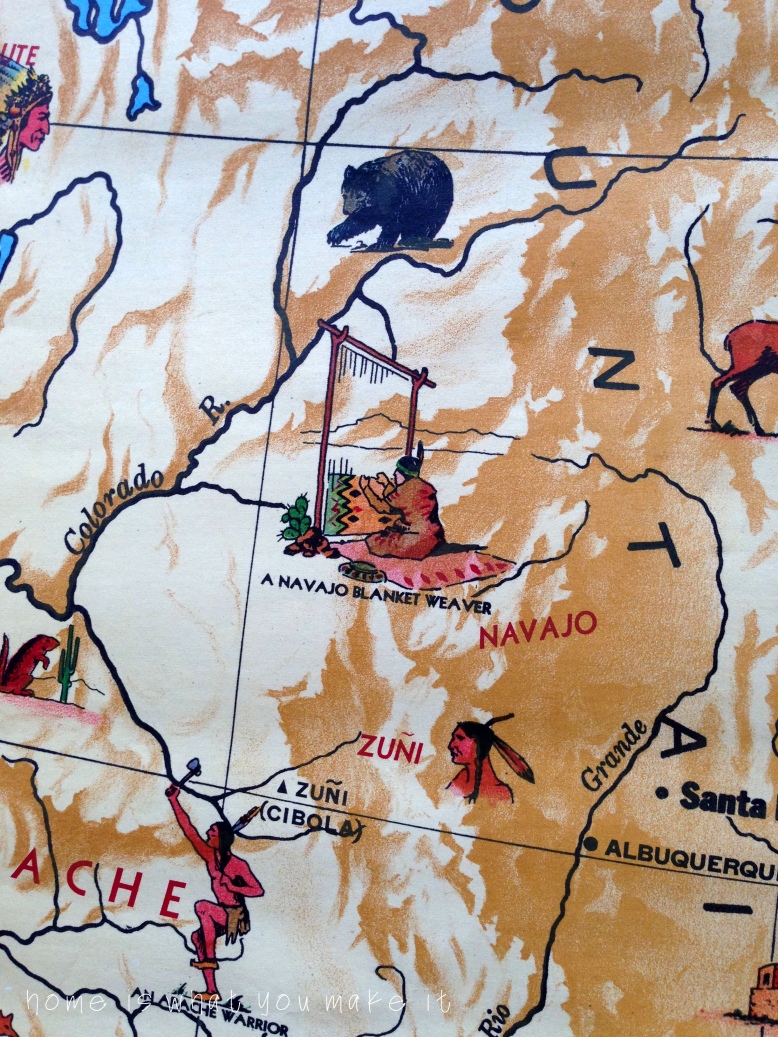 My dad remembers this set from elementary school. 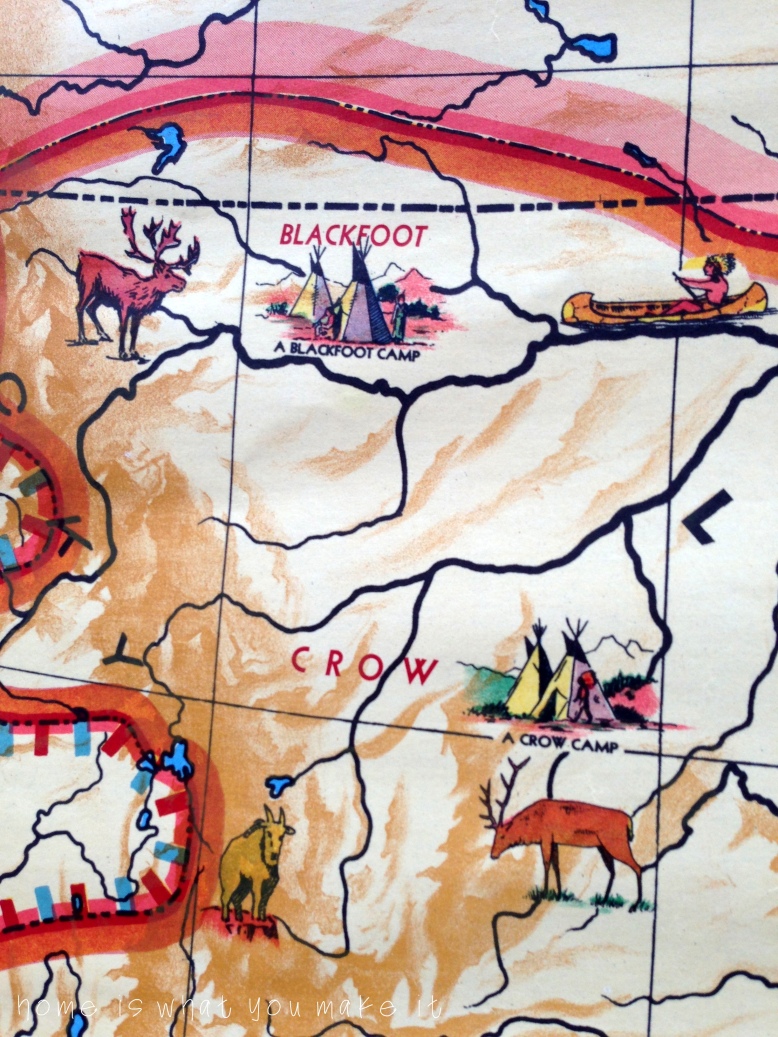 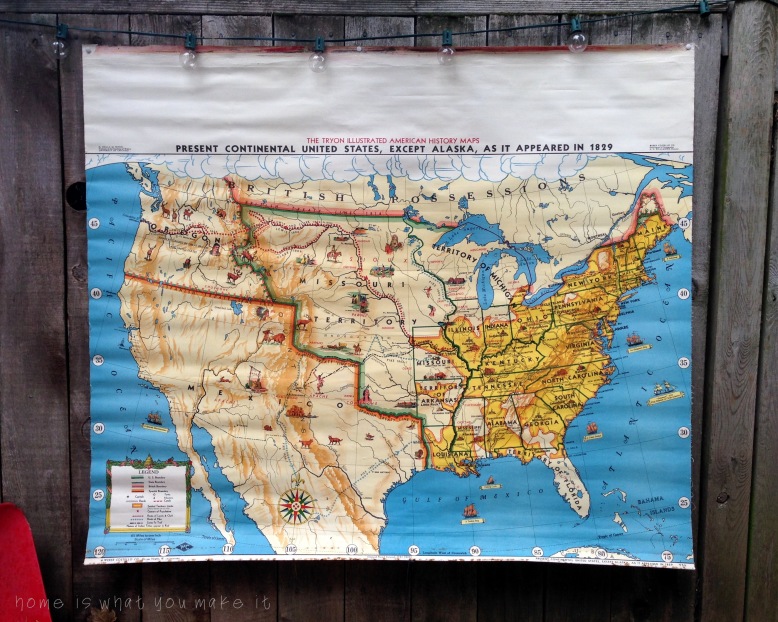 Although it was a hard decision, I split the set up and decided to sell some in my Instagram shop, @coltoncadence. 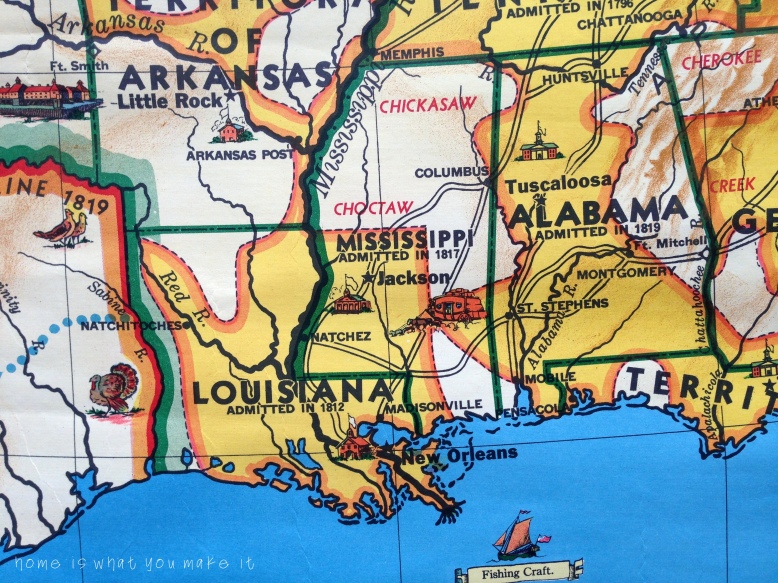 Three of them have sold. 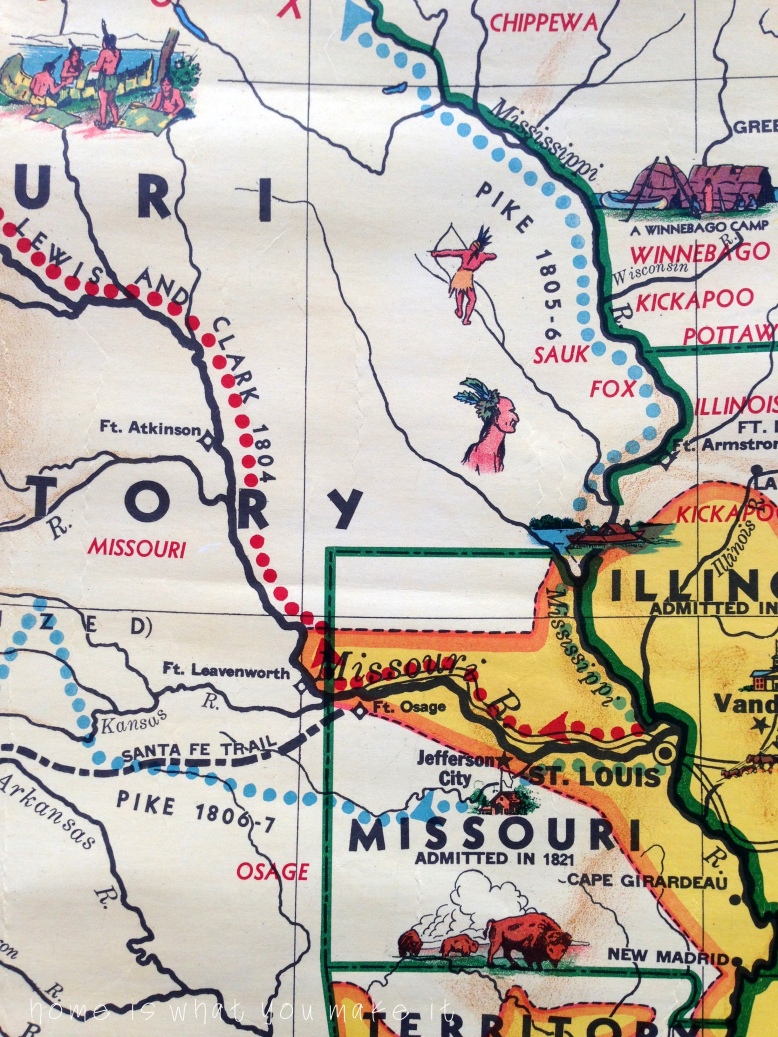 There are still two available. 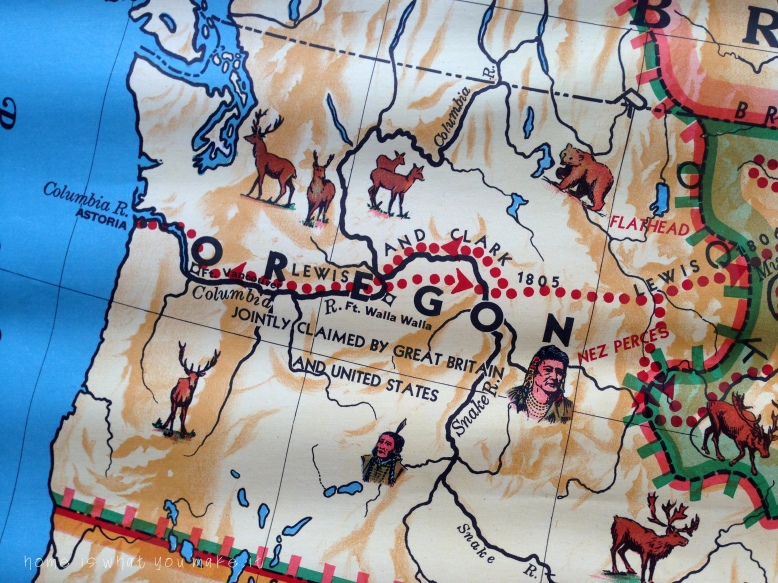 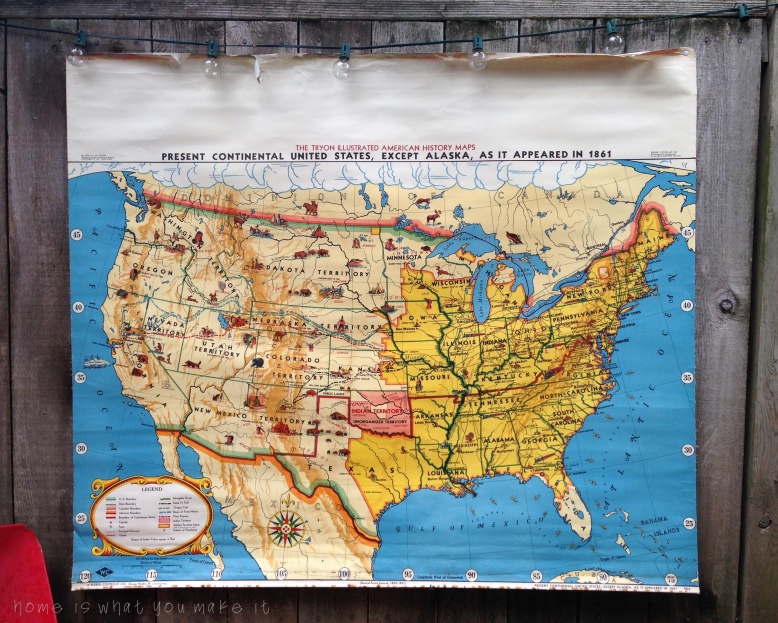 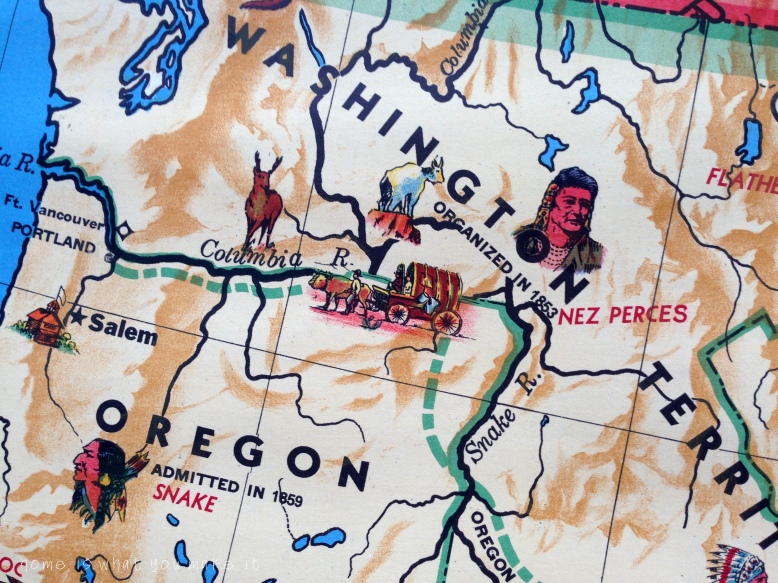 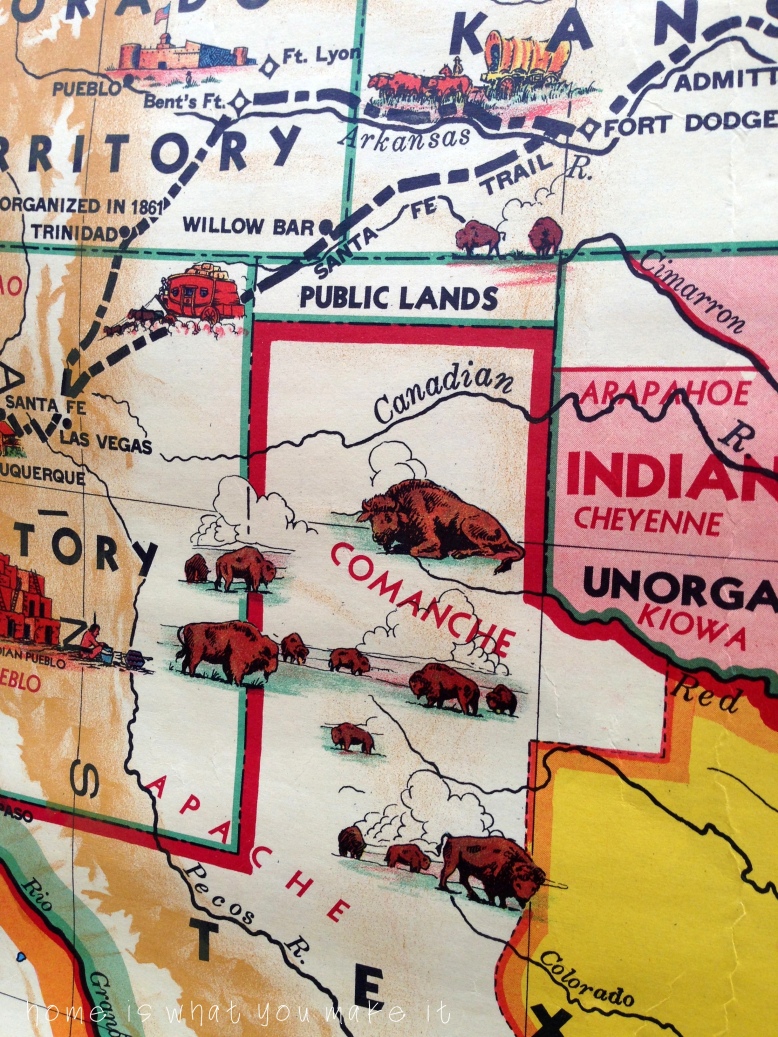 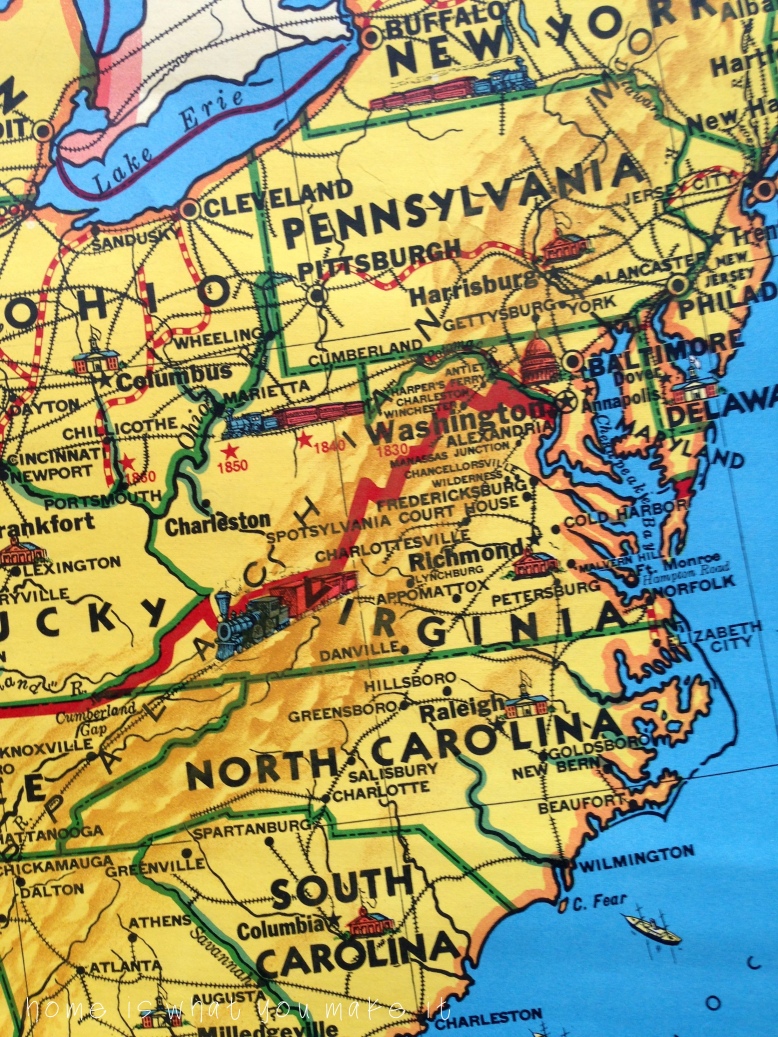 It’s kind of like telling the story of the first Thanksgiving. 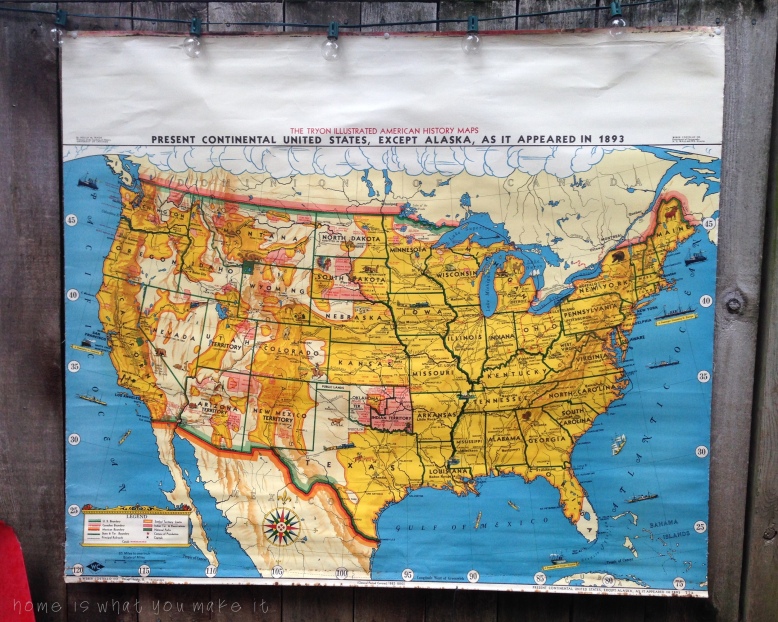 One of the maps that is still available has the Lewis and Clarks route on it. 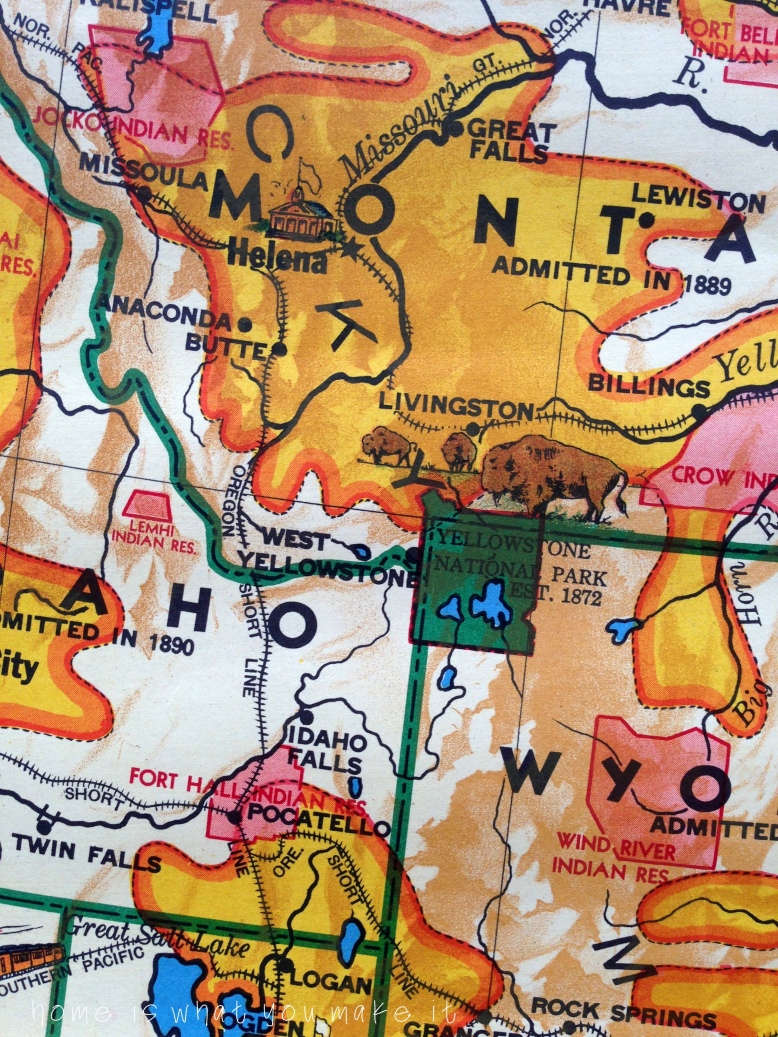 I kept four of them for us. 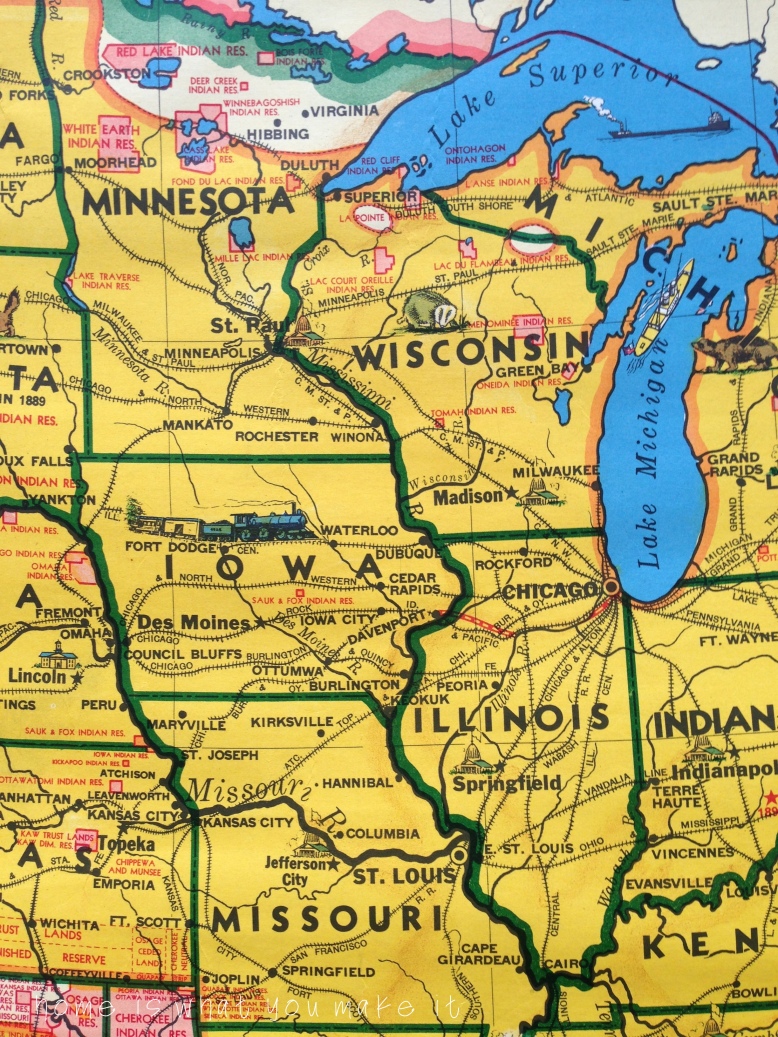 One is in the playroom. 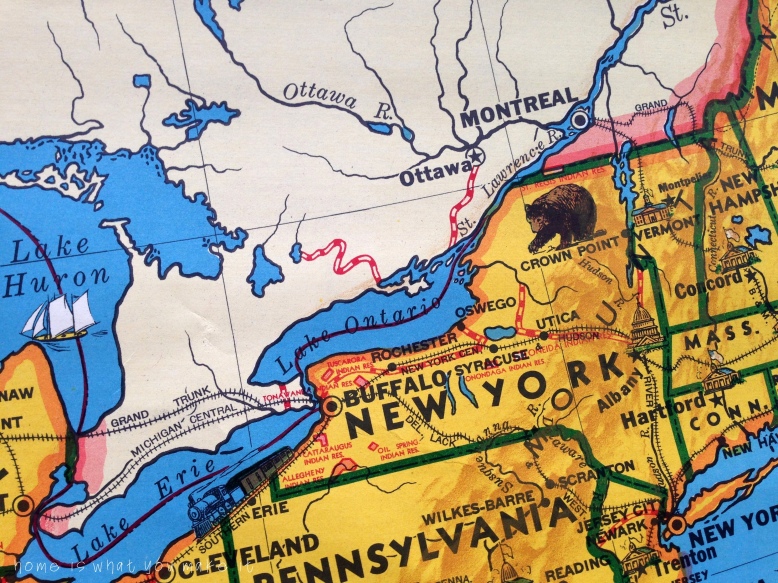 One is in the little guys room. 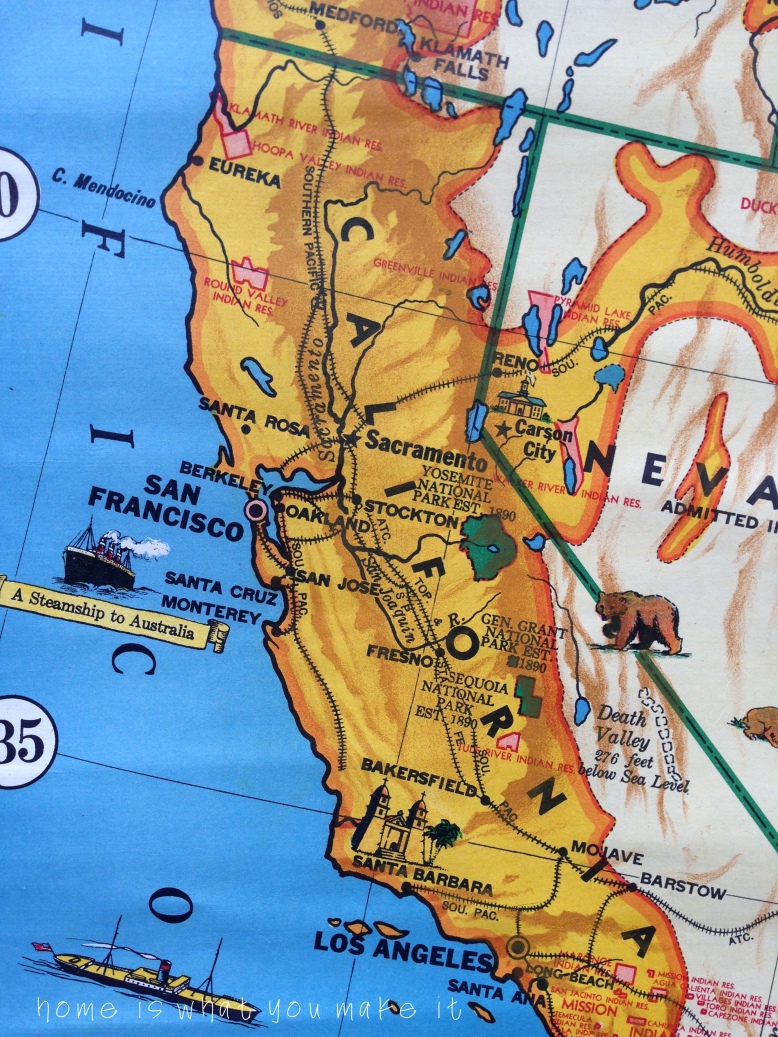