There will be a time in the future when we think back to 2020 when we had to “stay home to save lives” during the Coronavirus Pandemic. In the span of just a few weeks our lives went from the “before COVID-19” normal to the “during COVID-19” unknown. What “before COVID-19” consisted of was different for all of us, but we each had our “normal”, which has now been turned upside down.

Our “before COVID-19” normal was heading into the busiest time of the year for our family. Spring would have been full of Reece playing lacrosse, Ryan coaching lacrosse, Lorelai playing volleyball and riding horses, along with school events that would keep us going through the end of the school year. This year I was also working part-time, and had just gotten started with a home based cookie business. We had plans to ski and visit the coast over Spring Break along with visits from grandparents. It all came to a screeching halt on Friday, March 13th.

The first case of Coronavirus in Oregon was announced on Friday February 28th. We were at the elementary school STEAM night when the news started spreading. That same night we went to Reece’s first round basketball playoff game at one of the middle schools. The next day was filled with a district OBOB competition for Lorelai and more basketball for Reece…all in the packed classrooms and gymnasiums at a local middle school. The following week, the first week of March, life continued on as normal. Work, school, social lives.

At the end of the first week of March the kids had a three day weekend, and with no sports activities scheduled between the end of basketball season and the beginning of lacrosse, I booked a house at the Oregon Coast. I knew that it may be the only time for our family to get away for a while considering the full spring schedule we had ahead of us. The kids and I left Thursday after school and drove down to Salem to give the new In-n-Out a try. The drive through was packed, so we decided to go inside to eat our food. We were able to quickly order our meals, but stood in the crowded restaurant waiting for our food and a table to clear. We were able to get a table, ate our food, and got on the road to the Oregon Coast. 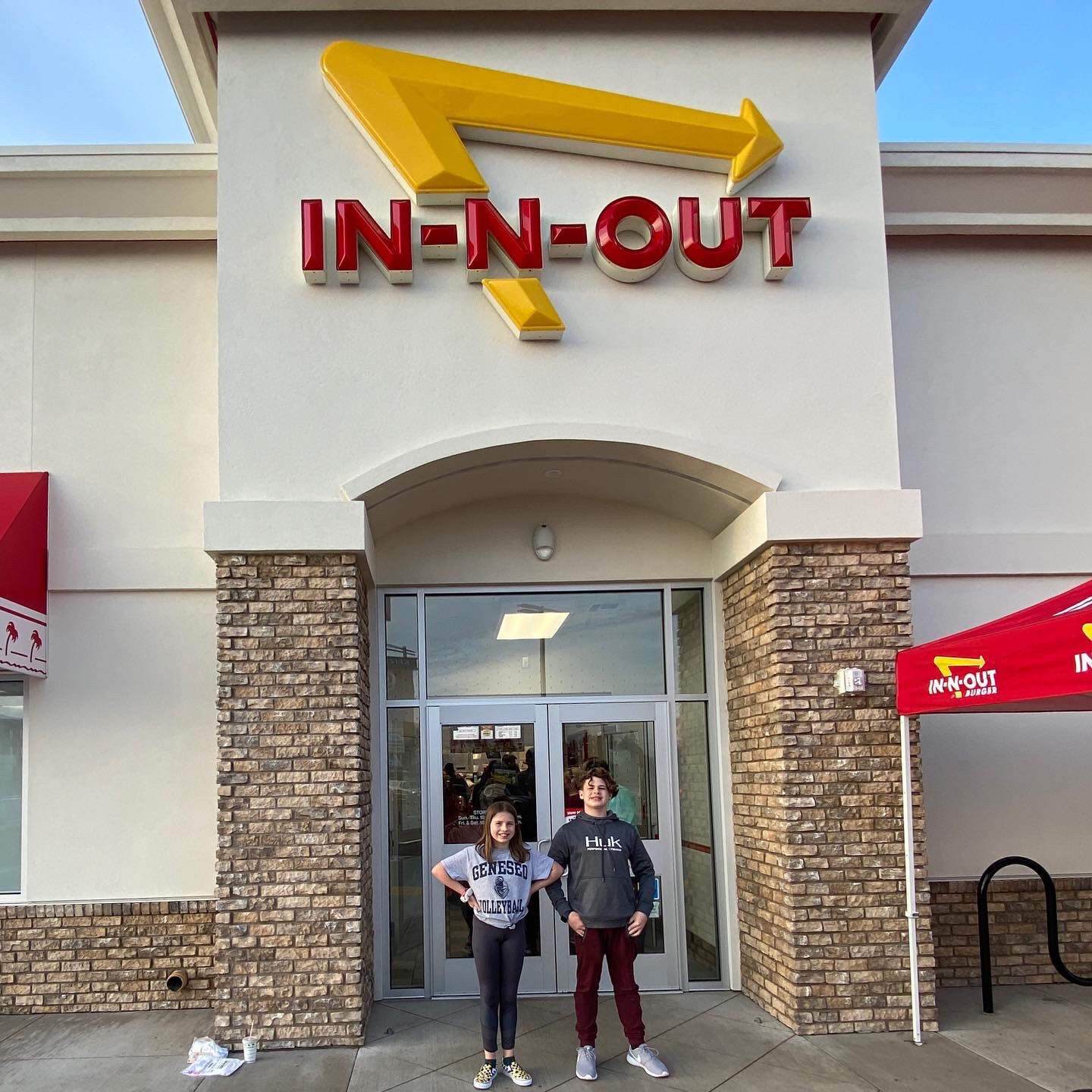 We arrived at the beach in the dark, and moved our stuff into the house. We checked in with Ryan, to make sure that he made it home safely from Bend. He had car problems earlier that morning and said he would probably need to get a new car sooner rather than later. The kids and I played some games, watched a movie, and got to bed for our adventure the next day. We drove to Newport and visited an antique mall and a couple of rock shops at the Aquarium Village. One of the shops had just been opened by a couple that moved to the coast from Nevada. We had a nice time visiting with the people who were eagerly anticipating the crowds that Spring Break would bring to the coast. We stopped along the 101 at all of the scenic overlooks, had lunch at Rogue, and stopped at the Yaquina Head Lighthouse. It was such a fun day with the kids, and were all looking forward to Ryan joining us for the rest of the weekend.

Ryan arrived at the coast on Friday evening…just in time for sunset. The kids and I were already down at the beach and he came down to meet us. The kids were so happy he was finally with us and especially excited to see the new truck he bought the night before. We ate some dinner and then took a drive down the 101. We woke up the next morning and drove down to the Sea Lion Caves. The kids (and Ryan) were not thrilled with the drive, but it was beautiful and we ended up seeing hundreds of sea lions in the caves. Definitely an experience they will remember. We drove south to Florence, ate lunch at Mo’s and drove back to the beach house. I noticed a sign for Corona Street both times and jokingly said we should stop and take a photo. Sunset, dinner, hot tub, and family games finished out the night. The next morning we would head back home to get ready for the busy week ahead.

School, lacrosse, after school play dates, a concert at the Moda Center, and the 4th grade music program were the activities that would fill the calendar that week. By the morning of Thursday, March 12th it all changed. On Wednesday, March 11th, while Ryan and Reece attended a TOOL concert at the Moda Center (the last event held there and the last concert TOOL played) Governor Brown announced that all activities with over 250 people were to be canceled. This was after an NBA game was canceled as the players took to the court after one player had confirmed to test positive for Coronavirus. This was the day that things in the US started to change. The NBA suspended their season, lacrosse practices were canceled, the 4th grade music program was canceled, and by the evening of March 12th, the school district had closed the schools until March 31st. In a matter of hours, we had moved into the unknown of “during COVID-19”.