A mother nature imposed break from the real world was exactly what this family needed. 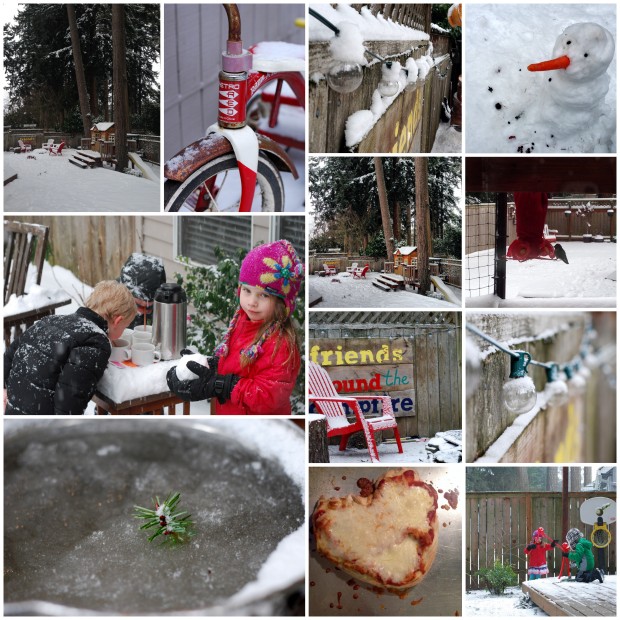 The forecast early in the week said we might get a lot of snow on Saturday.

When we had snow flying on Tuesday and they hadn’t even predicted it, I knew it was in the cards.

I started to stock up on the essentials on Wednesday.

In no particular order. Just warm food for bodies that have been playing in the snow.

And, the fun stuff (all on clearance this late in the season!):

I picked the kids up from school after their early release on Thursday and the flakes flew!

This Colorado girls heart was full. I know I can always drive up the mountain for snow, but snow that “sticks and stays” in our neighborhood is so rare for us. The last time we experienced it was 10 months after we moved to our current neighborhood. Reece was about 18 months old and we just pulled him around the neighborhood in the wagon.

We’ve had small snow amounts since then…enough for snowballs and a snowman that might last a day, but nothing “big” as far as Portland standards are concerned. 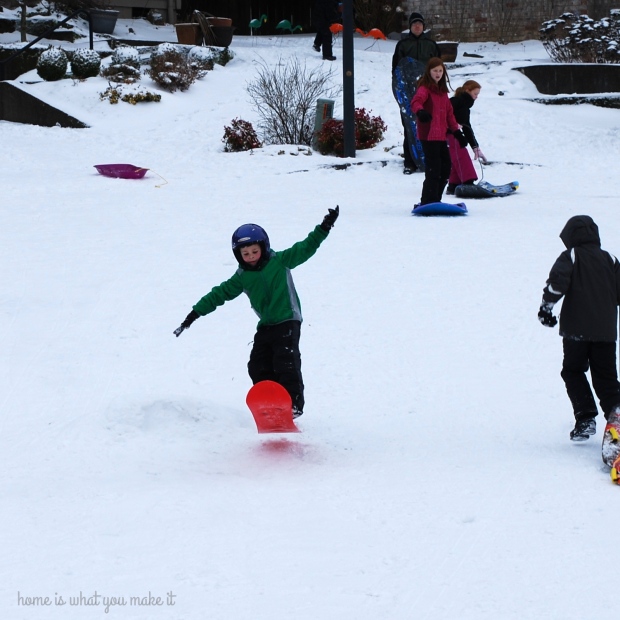 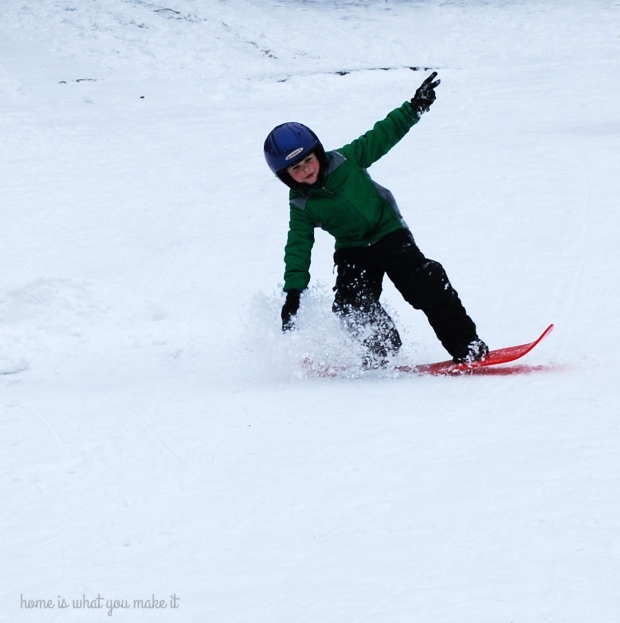 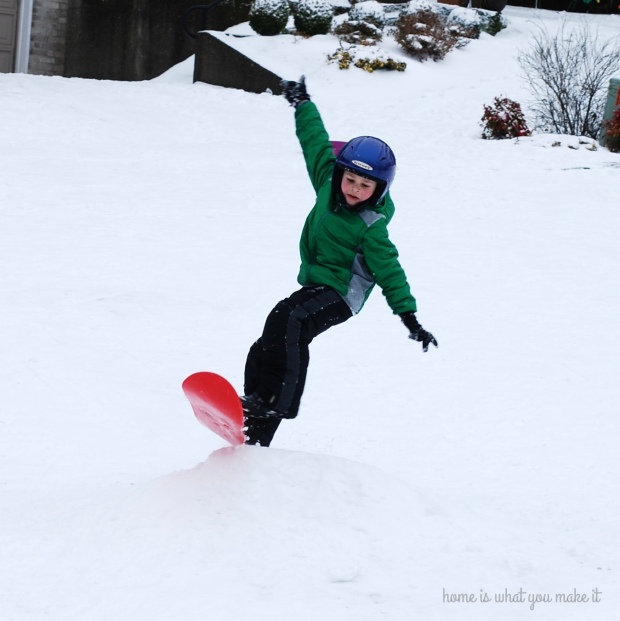 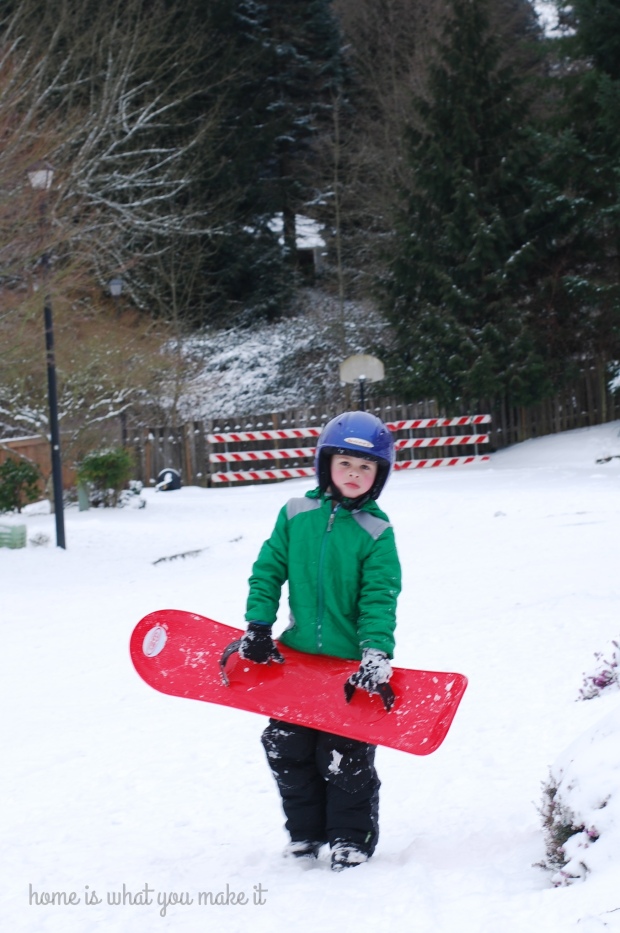 This was Lorelai’s first big snow. 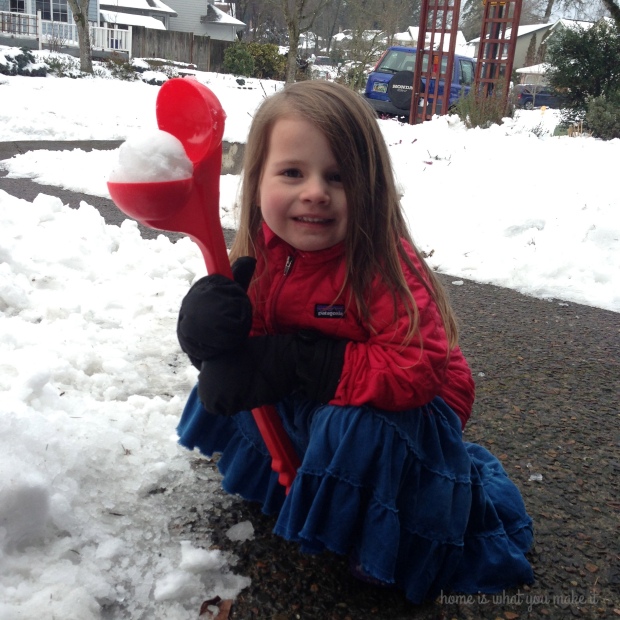 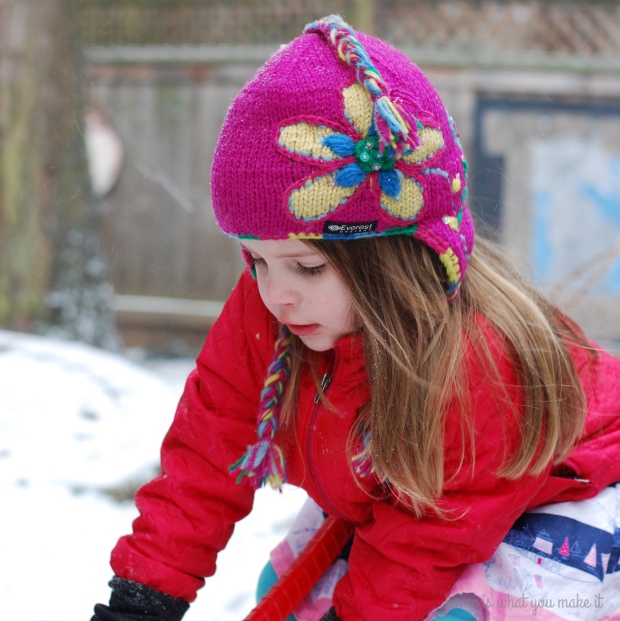 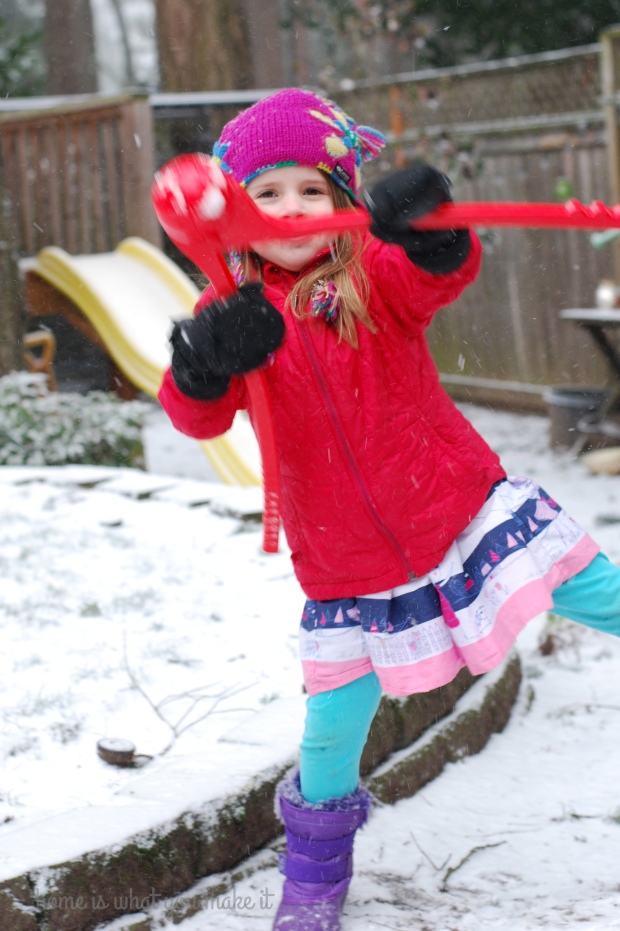 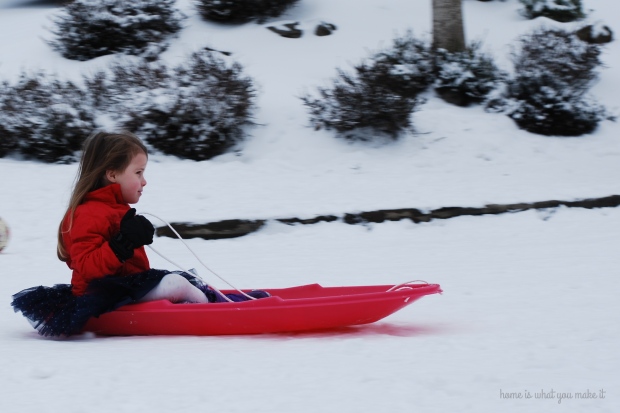 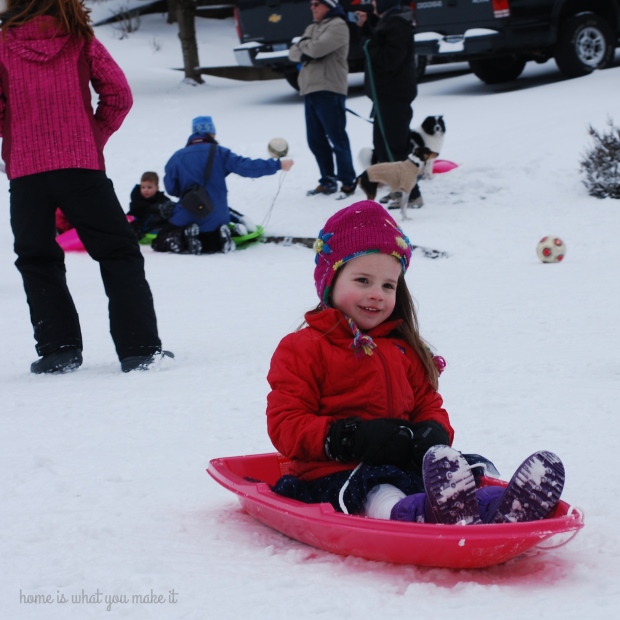 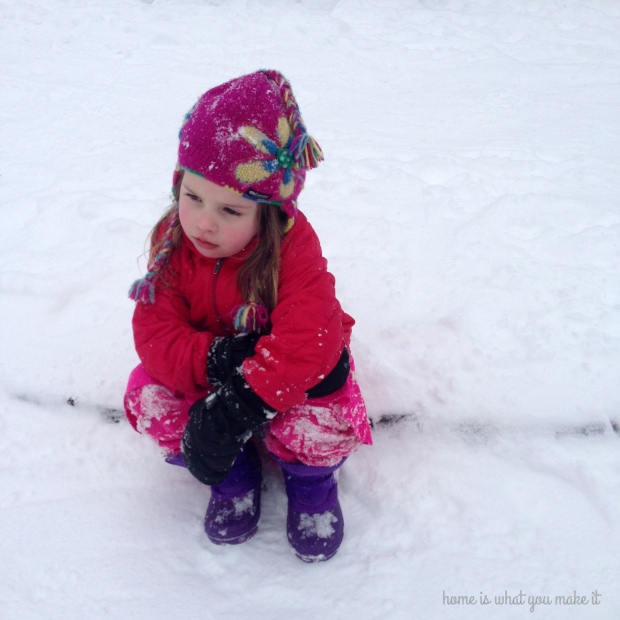 This has been fun.

The kids aren’t whining about being cold.

They don’t want to be carried. 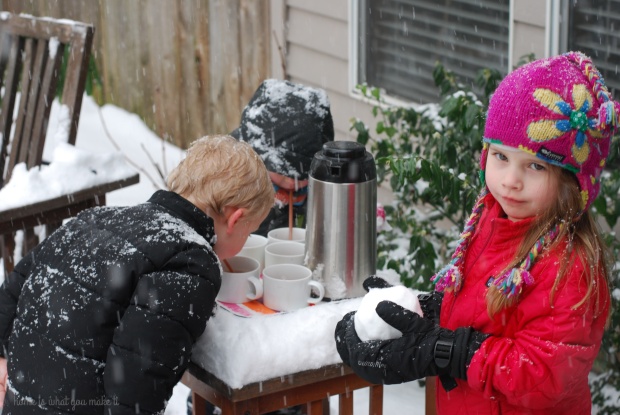 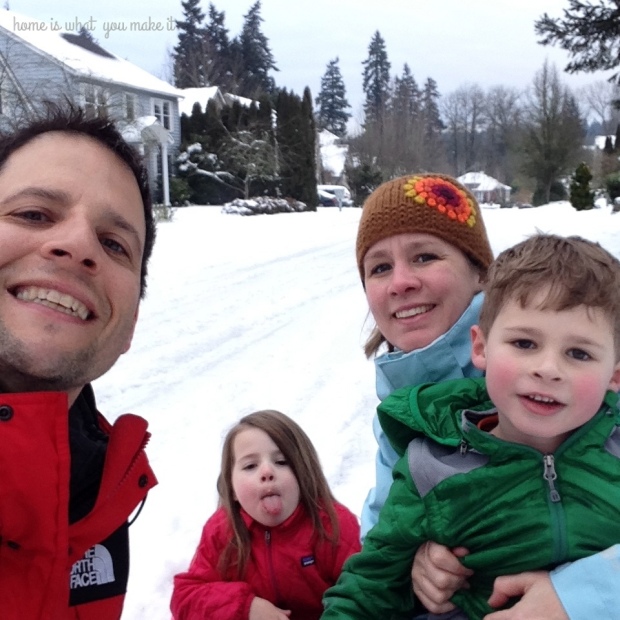 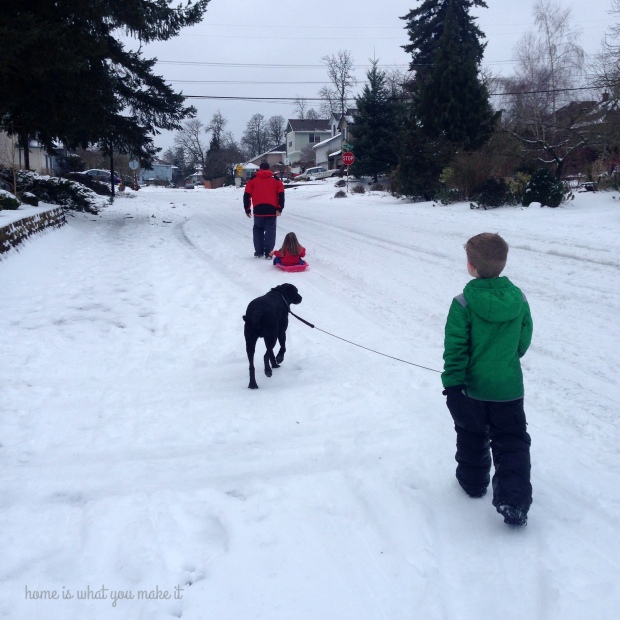 We are all having fun…TOGETHER!

And, with one more snow day today, we will make the most of what’s left of the snow before the rains melts it all away later today!

3 thoughts on “snow much fun”