October 3, 20132 Comments
i love flowers.
i love words.
i love katie daisy because of her words with flowers. 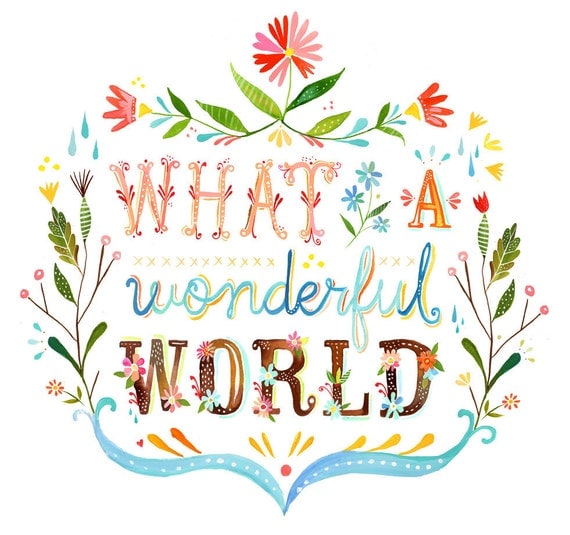 (Steven Pressfield was new to me, too…I am buying his book…The War of Art) 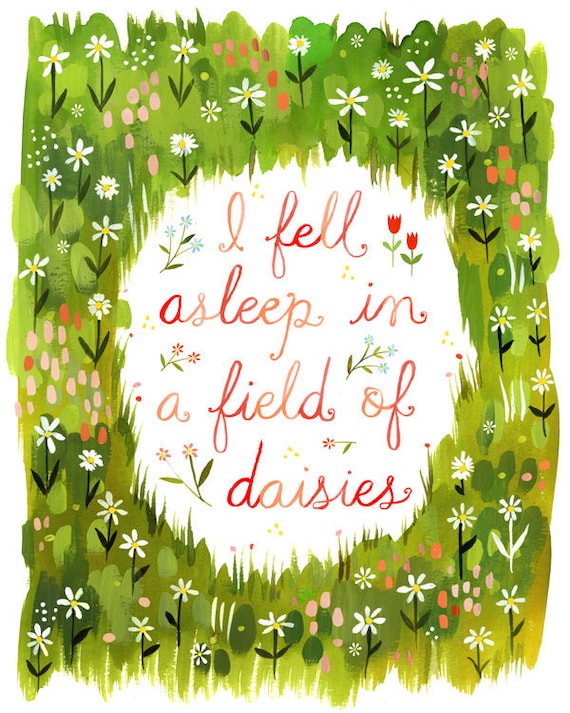 I want to buy all of her prints. 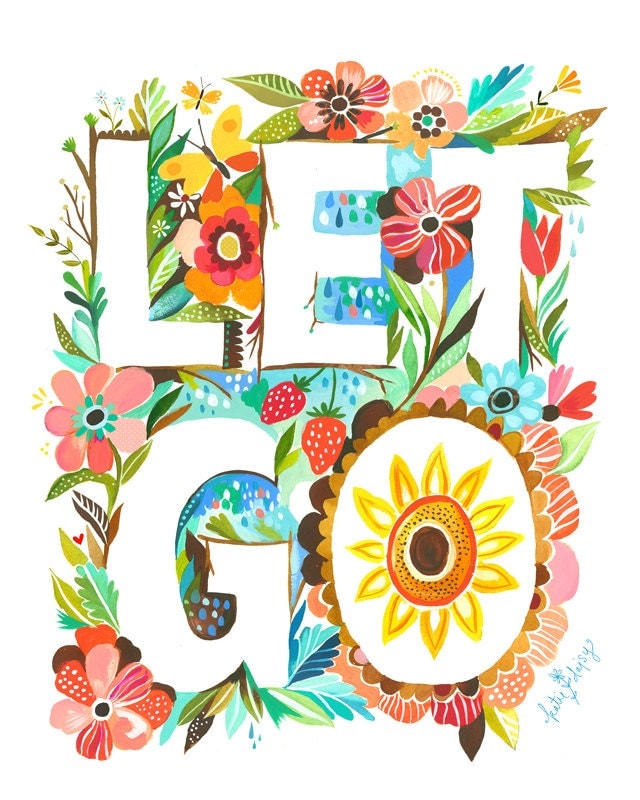 Do you remember when I said I would tell you the story about the time an Instagram friend whom I had never met in real life invited me to be her guest at Whatever Craft Weekend in the middle of nowhere Kansas?!

One evening in the middle of February I got a text from my Instagram friend Erin (some of you may know her as @tweetpotatopie).

It wasn’t completely out of the blue because we had traded a few texts prior to that, but this one said, “Call me as soon as you can!”

It was somewhere around Reece and Lorelai’s bedtime and my phone battery was about to die, so I asked if I could call her in the morning.

She said that she would text me the next day if she still needed me.

The next day rolls around and sometime in the afternoon I receive another text to call her. She also tells me that it will be well worth it!

I was intrigued and called her right away.

We chatted briefly. It was so fun to put a voice to a face that I had seen for months on my phone!

Then, she asked if I knew about Whatever Craft Weekend.

She said her “number” was picked and she wanted to know if I would like to go with her!

I was in complete and total shock.

I was in tears. I couldn’t stop shaking, smiling, and crying.

Of course, I had to run it by Ryan, but it was pretty much set in stone.

My name had been on the list for over a year and was resigned to the fact that if I ever got very, very lucky I MIGHT get to go.

Man, did I get lucky!

There we were…two Instagram friends who had never met in real life picking at the barn at Whatever Craft Weekend in the middle of nowhere Kansas!

I’m starting in the middle of the weekend because it was easiest to start with the photos from the barn.

I could have snapped photos there all day.

In fact, this is just a small sampling of the photos I took that day from my Nikon.

Rows and rows of rusty metal and worn wood.

Some of my very favorite photos were taken with my iPhone, but I will save all of those for a post of their own.

It would have been dangerous if I had been able to bring back more.

Erin and Megan drove down in Erin’s suburban and they filled it up!

I’ll be back soon with more about the rest of the weekend…until then, you can read Meg’s post about it.

Oh, and Erin, she is just awesome. I’m glad to now call her more than just my Instagram friend. She is a blessing.

about the time a friend from instagram invited me to whatever craft weekend?

…having a lot of this…

…with my friend, Melissa.

We left Portland at noon on Friday and drove 6 hours to Spokane.

The sun was shining.

We stopped once to pee, once to get gas, and chatted the entire time.

I think it was the fastest 6 hours of my life.

We stayed at the historic Davenport Hotel in downtown Spokane.

{The hotel deserves it’s own post, so I will write one later.}

We got our room, went downstairs for cocktails and dinner and went to bed so we could get up early to get in line for the show.

On Saturday morningwe were up and out of the hotel before 8 am with coffee and scones in hand.

There were already people lined up when we arrived at 8am.

Here is a map of the show and vendor names. {click on it to see it larger}

We bought our tickets and stood in line for 2 hours until general admission was let in. Serena came by and handed us a map and said hello. I should have asked her to take a photo with us, but I am never good at that kind of thing.

The show was huge, the vendors were great, displays were beautiful, and the other people from all over the country (and Canada) we so friendly.

I usually just bring my camera and take photos on one of these adventures with Melissa, but this time I planned to look for a couple of things…one of which was cowboy boots for the kids.

I also found an old sign that reads “sunflowers” and an old chalkboard (you can see part of the sign in the photo below before I snatched it up).

I thought about buying this guy for Ryan…it’s a Blue Grouse. I didn’t. When I showed Ryan the photo he said I should have. I shouldn’t have second guessed myself. Next time I will be on the lookout for a Blue Grouse mount!

And, for some family in New York (you know who you are), if this sign hadn’t been $125 I would have bought it for you to put in your front yard(s).

Our feet were hurting from walking the concrete floors in out boots. {Of course we wore our boots!}

By 4 pm we were ready to head back to the Davenport for a cocktail and some dinner.

The rest of the evening was spent exploring the hotel and reading about it’s history.

After dinner we headed to the room to get some sleep to get back on the road to relieve our husbands from daddy duty.

We did stop at Chaps, which Serena highly recommends. I understand why. Super cute place with amazing food. We just got pastries and coffee to go, but it was worth the short drive out of our way to go!

On the way home the weather was perfect, we made awesome time, and we chatted the entire way. We discussed what we would do differently the next time…that topic deserves it’s own post, too!

In a nutshell, the weekend was well worth it. It was fun, inspiring, rejuvenating, and I will definitely be making future trips to Spokane for the Farm Chicks Show and otherwise!

Hey, if you were at the show, leave a comment to let me know what your favorite part was, where you came from, and where you stayed! Also, if you have a blog and wrote a post about it, leave a link to your URL!

So, I thought some home improvement big box store used this phrase in a marketing campaign, but I can’t find it online. What I did find when I Googled the phrase was a lot of websites about how you should stop dreaming and start doing. And, a lot of the websites specifically talked about blogging.

I LOVE blogging. Since I started blogging in 2008 it has really been an outlet for me. The WordPress Post a Day 2011 Challenge has been a lot of fun and a good challenge! However, I find that I am writing a lot about what I am dreaming of doing. Don’t get me wrong, I still believe in dreaming, but remember, I also believe in setting goals and the sense of accomplishment in achieving those goals by DOING!

And, this is just what I can think of off the top of my head.

But for now I want to start doing.

I will still have a blog post each day, but there may be fewer words. You may see a lot of pictures…about what I am doing.

And, about what WE are doing.

Don’t worry, the present will be my focus! If we have a super fun day and I take a lot of great photos, you will see them! If we actually finish a project and I think it is blog worthy, you will see it! When the little guy says something funny, cute or endearing you will read about it!

This guy made me dinner…

A little over a year before we moved from Denver to Portland we completed a total kitchen remodel.

I loved that kitchen.

Our current house has a dated kitchen that is in need of some remodeling attention that we just can’t afford to give it now.

My taste has changed a bit in the last 6 years. In Denver I wanted warm wood cabinets, slate floors (which I would be happy with here, too), and saturated colors (you can see the red, green and yellow that was on our walls in that home).

The kitchen below is almost exactly what I would do in our kitchen if we could remodel.

I love the crisp white cabinets, touches of chalkboard paint, the center island, and the dark countertops in the kitchen below. It’s the opposite of what we have now (wood cabinets, white countertops, and light floors). With the grey, wet winters that we get here in the Pacific Northwest I think this bright kitchen would end up being my favorite space in the house!

I could always start by painting our current cabinets and walls white, right?!

A new sink and faucet wouldn’t hurt either…

And, I have plans for our pantry/refrigerator wall in our kitchen…minor changes that would make a huge difference.

This kitchen desk is just a clutter catcher and a huge waste of space!

home is…cooking up a kitchen remodel.

I love our backyard.

For me, it was one of the big reasons I wanted our house.

I also have big plans for our backyard.

Yes, actual plans on paper from a licensed landscape architect, but my dream plans, too.

I love our house. I also have plans for an expansion because I really don’t want to move if and when we outgrow our current space, but I digress (I’ll save that for another post).

Back to the backyard…

You all know about the plans for the playhouse/treehouse.

I also want a playhouse of my own.

All I need to do is convince my husband that we don’t need the two large dog runs in the backyard that just sit empty the majority of the time.  That 12′ x 12′ space would be perfect for my creative cottage…

I love what I do.

But, some days it is tough. I did not imagine how tough it would be to be a mom.

I am so thankful for the opportunity I have to stay at home with our young children. I wouldn’t have it any other way.

I am a dreamer.

It’s exciting, exhausting, and frustrating. I want to be able to do. it. all. now.

I read this article passed on to me by a local mom and multiple business owner.

But, I can’t get caught up in that.

I love what I do.

home is…loving what you do.

Stephany Taddeo is a participant in the Amazon Services LLC Associates Program, an affiliate advertising program designed to provide a means for sites to earn advertising fees by advertising and linking to Amazon.com.