Last year he received a huge plastic tub of matchbox cars from our next door neighbors. In it there were two Batmobiles, which quickly became his favorites. He took them everywhere…even slept with them at night.

I told him about Batman and soon his love for anything Batman grew.

He declared his 4th birthday a Batman birthday, has said he wants to be a Batmobile driver when he grows up, and wants to wear a Batman shirt or Batman colors (blue, grey, black and yellow) everyday!

So, I decided to grow his room up a bit from the “Go, dog. Go!” theme to a Batman theme.

I’ve collected Batman decor since last summer and slowly but surely have gotten some of it done.

It is still a work in progress, but close to being finished.

When it is done I will do a full room tour, but for now I wanted to show you the main piece of artwork and how it came to be.

I have loved all the Batman themed items that Pottery Barn has carried for the last year, but didn’t want to just put together a Pottery Barn Batman room.

I had an large empty frame from IKEA and some Mod Podge at home, and immediately knew what I was going to do. 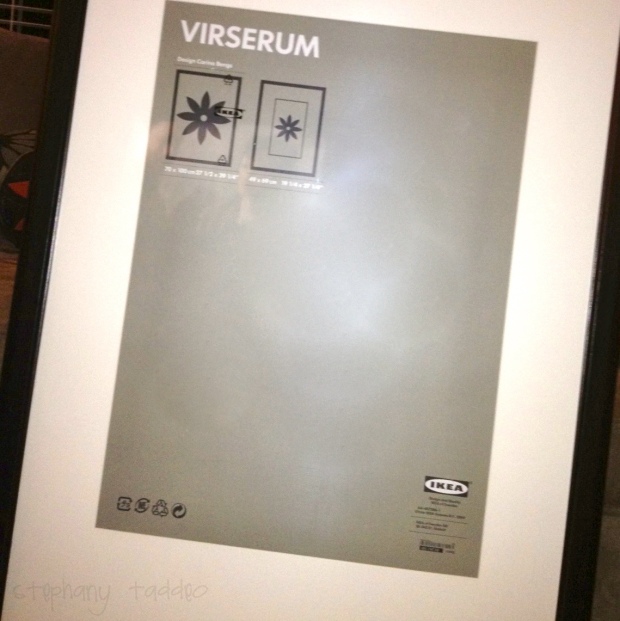 {I apologize for the not so great quality of the photos..taken with my iPhone, at night, indoors}

I opened up the frame, took out the mat, and started piecing the puzzle together on the floor. 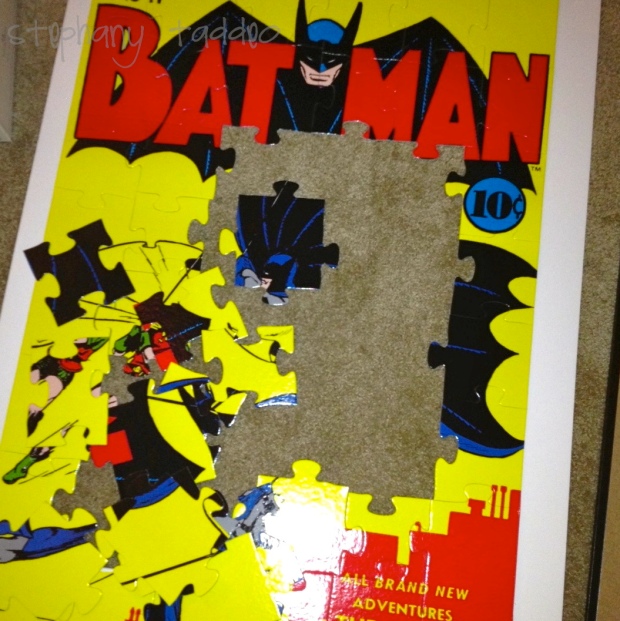 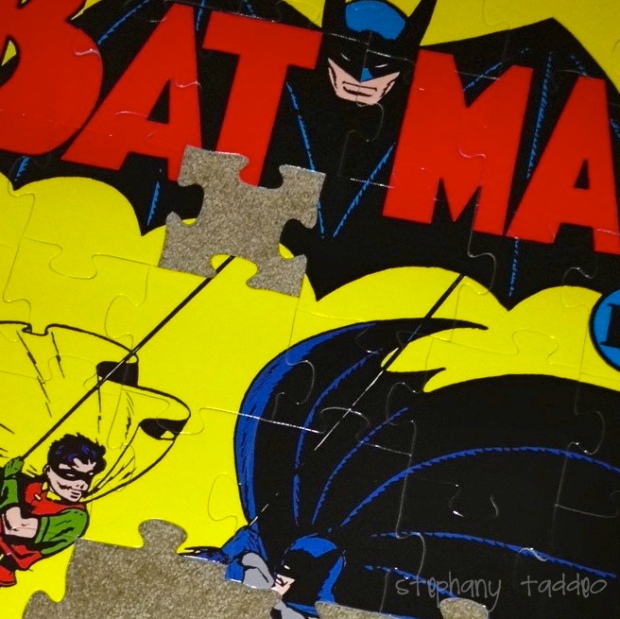 Once I was done piecing it together, I slipped the back of the frame under the mat and started painting on the Mod Podge with a foam brush.

I carried it to the dining room table to let it dry over night.

The next morning I did another coat of Mod Podge and let it dry. 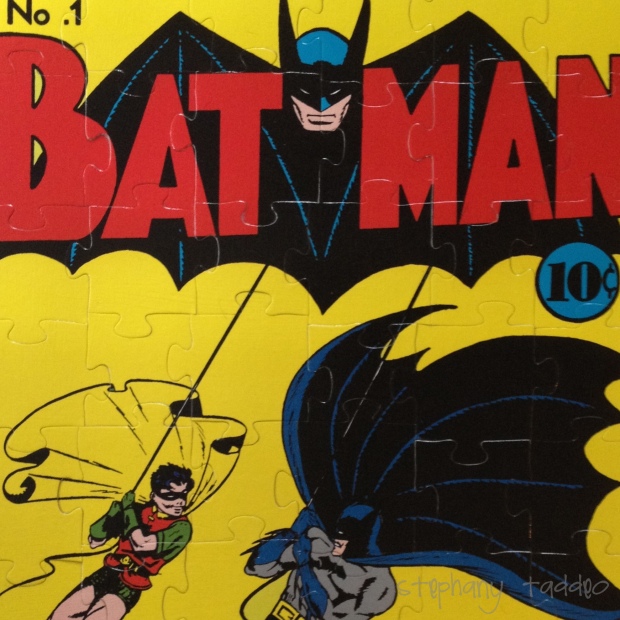 Once it was completely dry I placed it in the frame.

It took the little guy some getting used to, so it did not immediately go up on his wall.

It is hanging up there now and I love how it looks.

I will have a full room reveal soon.

Stephany Taddeo is a participant in the Amazon Services LLC Associates Program, an affiliate advertising program designed to provide a means for sites to earn advertising fees by advertising and linking to Amazon.com.